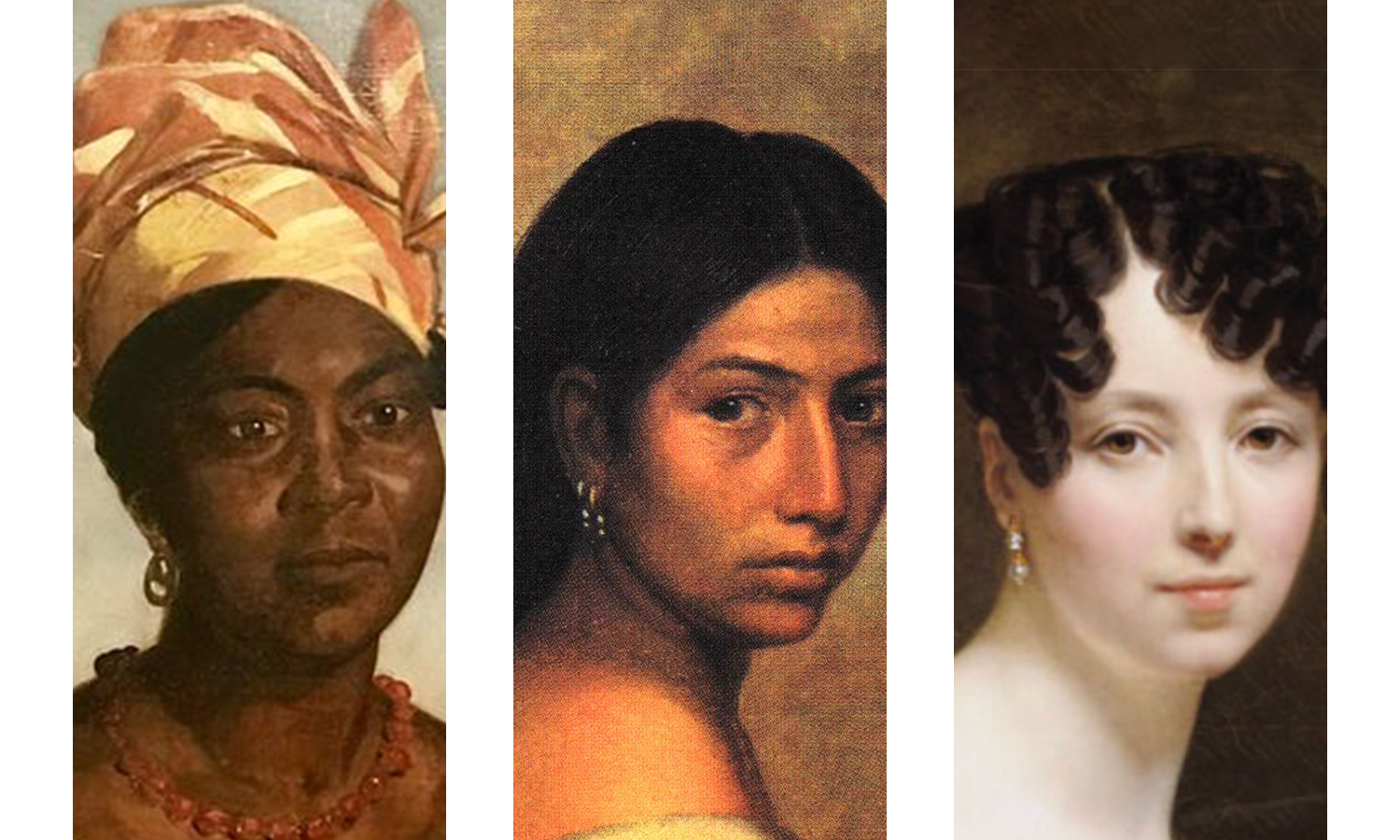 Join us for a walking tour of New Orleans’ most historic neighborhood, the French Quarter. See the “Vieux Carré” through the eyes of the Louisiana Creoles who originally called it home. Over the centuries, many people from different parts of the world have come to call Louisiana home. The interactions between West Africans, Native Americans and Europeans gave birth to the culture we celebrate today. We call that culture “creole.” Creole refers to colonial Louisianians and their descendants. Our tour focuses on how Louisiana Creoles lived en ville (in New Orleans). Learn the history of the most emblematic neighborhood of one of the United States’ most iconic cities. (More information on Louisiana Creoles below.)

This tour is for everyone who wants to hear the story of how Louisiana, unique among American states, came to be. Here is a clip of Tours by Marguerite's Lawson Ota explaining the cultural and historical ties between Louisiana and Haiti. (Interview conducted by French/German television channel, Arte.)

A guided tour: You will be guided by a knowledgeable tour guide full of anecdotes and little-known facts about the French Quarter and New Orleans, stopping along the way to recount tales from Louisiana's past. Your guide will also be more than happy to answer any questions you may have about the history of this region, the city of New Orleans or the Creole and Cajun cultures of Louisiana.

19th Century Courtyard: This tour includes a visit to the courtyard of the Historic Hermann-Grima House. This courtyard includes the intact slave quarters and kitchen of the house, typical of the French Quarter in the 1800's. The Hermann-Grima House was built in 1831 when the sugarcane and cotton industries of Louisiana were at their zenith. This courtyard will certainly give you an idea of the wealth and power that elite Creole families enjoyed before the Civil War.

When people think "Creole" they often think first of Free People of Color and their descendants many of whom still identify proudly as Creole today. The word Creole is used by many people to mean a great deal of things. There are Creole tomatoes and Creole cows. There is Creole ice-cream and Creole mustard. There is of course Creole architecture and a world-famous Creole cuisine. When one thinks of Creole one should think of old Louisiana. In fact, up until the 1950's the word Creole was widely used to describe people and things considered unique to Louisiana. New Orleans was known as "The Creole City." Louisiana was called "The Creole State." Our walking tour explores how various phenomena contributed to the relabeling of Louisiana's culture to make it more palatable to those who did not understand the complexities of the Creole world.

Common threads that traditionally link the diverse group of people who identify as Creole are the Catholic faith and the French and Creole* languages. The great author and philologist Alfred Mercier went so far as to say, "the day that French ceases to be spoken in Louisiana... there will be no more Creoles." Tours by Marguerite is doing its part in the fight to keep Louisiana French alive by offering daily tours in French.

Traditionally in Creole communities, French and Creole were the languages employed. However, in Creole cuisine, the traditional cuisine of Louisiana, the language is decidedly West African with heavy Native American, and yes, European influences. The planter class that governed Louisiana for centuries were proud of their French, Spanish and German heritage and this pride is reflected in the work of food historians who attribute our cuisine to the French even though the French themselves would not. Gumbo** is not a bouillabaisse and jambalaya is not paella as some food historians have claimed, struggling to reconcile myth with reality. The cooks who served the Creole elite hailed from Senegal, the Congo, Benin and Nigeria. Join us as we explore their influence in greater detail on our walking tour in the French Quarter.

Free People of Color (les gens de couleur libres) are one of the most interesting groups in Louisiana history. Their very existence and great numbers were a reflection of just how different Louisiana was from all other regions in the antebellum southern United States. Ironically, Free People of Color have received relatively little treatment from historians. Many of their contributions have either been attributed to others or wholly ignored. We at Tours by Marguerite hope to remedy that. We have designed a walking tour in the French Quarter around this group because we feel that there is no better perspective from which to talk about Louisiana history than that of Free People of Color.

Free People of Color, like Creoles in general, were of diverse origins. Some were born slaves, others into the wealthiest and most powerful families in Louisiana. Their numbers were greatly increased by the arrival of ten thousand refugees (émigrés) from Saint-Domingue (now Haiti), a third of whom were Free People of Color. The largest wave of Saint-Dominguois arrived in New Orleans in 1809 and essentially doubled the French-speaking, Catholic (that is to say, Creole) population of New Orleans. However, there were Free People of Color in Louisiana at the very founding of the colony. The men sent to the New World by the French, Spanish and Portuguese to found new colonies --- soldiers, mariners, builders, farmers --- often found partnership in union with Native women and women of African descent. Though in later periods the status of the mother (slave or free) would determine the status of the child, these first children born in the New World were usually not enslaved. They were not slaves and yet did not enjoy the same rights and privileges as their fathers of European descent, existing in the boundary between two worlds.

Free People of Color are the greatest subjects for a walking tour in New Orleans because the members of this community were a part of every social class and industry in Louisiana. Some were cooks, day laborers, artisans, tailors and carpenters. Others were political scientists, lawyers, doctors and activists. Still others were painters, poets, novelist and newspaper editors.

Click the BOOK/RESERVEZ button on your screen and join us for a walking tour of the French Quarter as we explore Louisiana history through the stories of Free People of Color.

**"Gumbo" is a West African (Bantu) word meaning "okra" which was the primary thickening agent used in early gumbo. Today, a roux and/or filé (ground sassafras leaves) may also be used to thicken a gumbo. These are French and Native American influences, respectively. Interestingly, many Louisiana cooks today are of the opinion that a gumbo is not a gumbo unless it includes all three: okra, a roux and filé. Early Creole cooks would alternate between these three ingredients choosing whichever one was readily available. If okra was not in season, a roux was used. If flour was not available to make a roux, filé was used instead. The 20th century brought modern conveniences that made Creole cooks less subject to seasonal changes and geographic limitations.